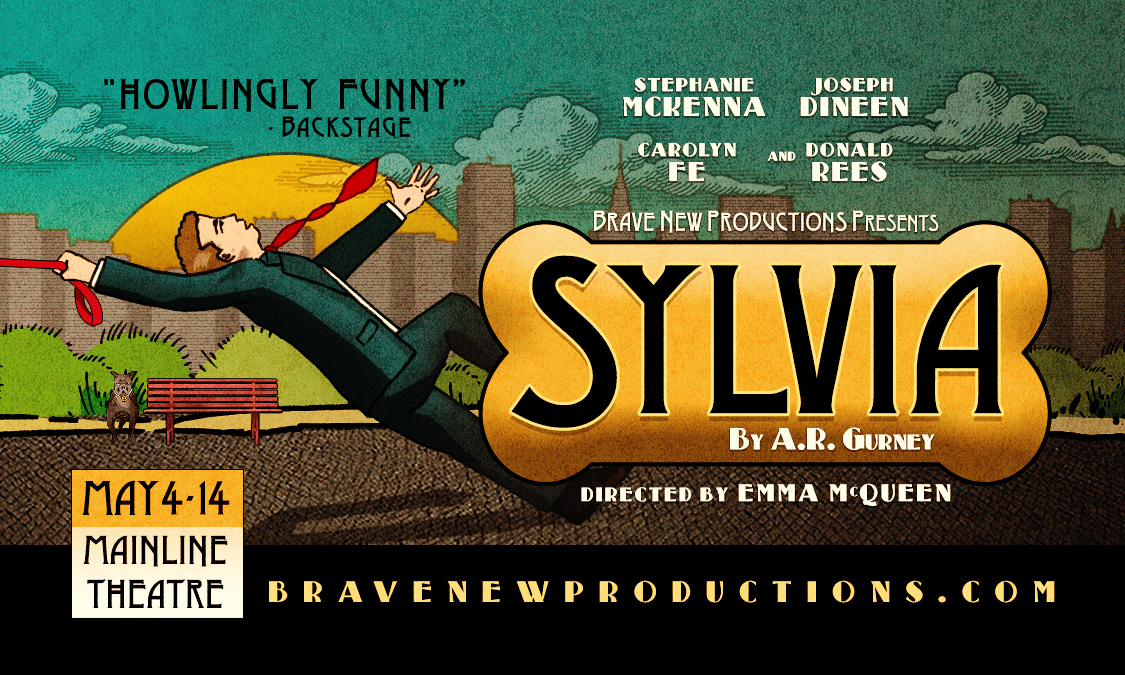 Empty nesters Greg (Joseph Dineen) and Kate (Carolyn Fe) have moved back to Manhattan after twenty-two years in the suburbs. As Kate tells Greg: “The dog phase of my life is definitely over.” But life has a way of giving you what you think you don’t want. Greg finds Sylvia (Stephanie McKenna), a street-smart lab/poodle mix, and brings her home. She promptly becomes a bone of contention between Greg and Kate, testing their marriage to hilarious and touching effect.

Featuring original music by Ian Baird, “Sylvia” opens May 4th and runs until May 14th at Mainline Theatre (3997 Blvd St. Laurent). Tickets are $20 and are available starting April 4th, 2016 at noon via the MainLine Box Office at www.mainlinetheatre.ca and by phone at 514-849-3378.