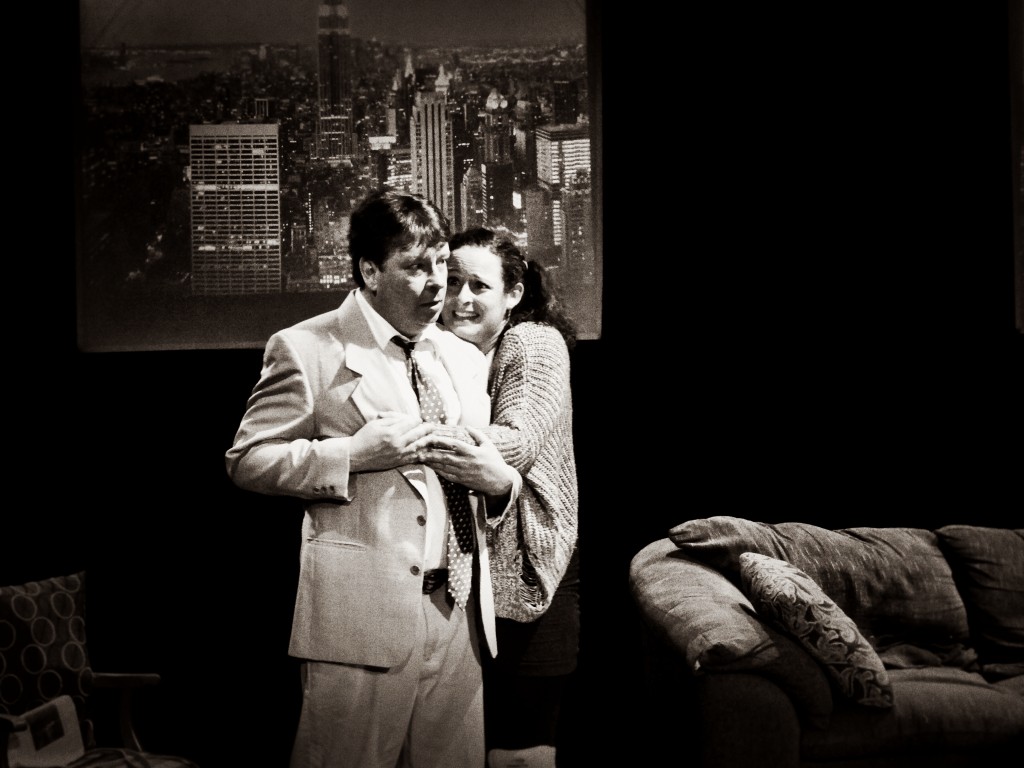 SYLVIA — A TALE OF DOGS AND MEN

A.R. Gurney ranks in the top five of living American playwrights. He is prolific, having written 43! Most are rarely performed in Montreal. Dramatis Personae, the Westmount amateur theatre, presented an admirable version of his most famous, The Dining Room in 2012.

I recall seeing Bill Rowat in his Sylvia some years before that, out at the Piggery in the Eastern Townships, enjoying it and hoping to see it again sometime. That sometime came in the past week when Brave New Productions mounted a superb production in an all too short run.

Who is this Sylvia? Not the woman in Shakespeare’s sonnet nor the goat in Albee’s play. She is a real bitch… lovable, but of canine descent, a lab-poodle mix. Played by Stephanie McKenna (Beethoven in BNP’s 33 Variations a year ago), she masters all the doggie movements and proclivities. Her movement training as Dance Gecko in Robin Henderson’s Dance Animal has borne fruit, not to mention a promotion from reptile to mammal.

The plot centres around a middle aged couple, Greg (Joe Dineen, who once studied under the legendary Uta Hagen) and Kate (Carolyn Fe, returning to the stage after 7 years of blues singing). Kids grown up, they have given up their suburban spread to move to a small apartment in Manhattan. Kate is busy with her Shakespearean studies and teaching as Greg enters a midlife crisis, gradually ignoring his job in sales and strolling in Central Park. There he encounters the stray dog, Sylvia, and takes her home, to Kate’s dismay.

Sylvia becomes the other woman, threatening the marriage. The three talk in English to each other, a convention that works seamlessly. Her barks are Hey! Hey! Hey! Hey! Rather than Little Orphan Annie’s dog Sandy’s conventional Arf!

Sylvia ended at the Mainline theatre on May 14.

Check out bravenewproductions.com for future events, including two radio plays in the late summer.

On a rit!! Oh yes, we laughed!!
 Du talent, une belle mise en scène, un humour inattendu! On a cloudy Sunday, we left at the end we more than just a smile!! A fulfillment of memories and happiness! Great! We loved it! -ATUVU.CA 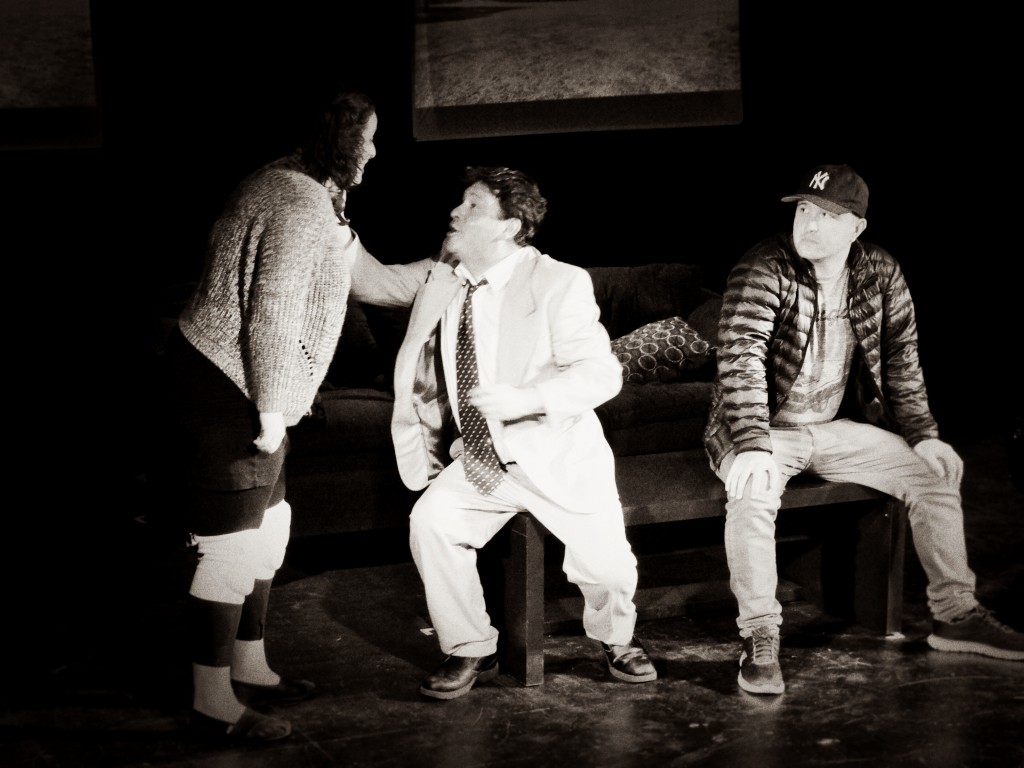 “Blown away yet again by the incredible Stephanie Mckenna and the always fabulous Donald Rees! Congrats on BNP Presents SYLVIA at MainLine Theatre!” – FACEBOOK

“Amazing performance of our very own Carolyn Fe, playing “Kate” in SYLVIA produced by Brave New Productions. The show itself is just another bit of clever entertainment, There should be more than 5 stars for this 😉❤️. We had a great time and really so proud while watching you. Pls, watch and catch them play until May 14 at 8pm. – FACEBOOK

Congratulations to all the cast and crew of “Sylvia”, it was a wonderful show !!! — FACEBOOK

Congratulations to the cast and crew! What a fun show it was! Ms. McKenna (Sylvia) was great! She was hilarious! Quite the physical actress too! Our heart strings were tugged at, when she had her final say to toward the end. Mr. Rees (triple character) was quite impressive and a fun surprise. Mr. Dineen’s pitchy voice added to the comedy. Carolyn Fe, whether in music or theatre, you own every stage you step onto. Your rendition of “Everytime we say goodbye” brought me to tears. Your character’s development throughout the play was most notable. I look forward to seeing you again on Monday at the reading of Calpurnia for Black Theater Workshop. I must admit, it was really nice to see you doing theater again. – FACEBOOK

We loved the play and Joe’s performance was amazing! Hilarious but also touching.  Terrific cast, and a funny play that also probes some interesting psychological depths. Not to be missed!

The show is soooo good, and the talent is incredible. I expected to laugh…. But I did not expect to cry. It is not to be missed ! – FACEBOOK

Carolyn Fe – you and the rest of the cast were great. You made me laugh, cry …a whole string of emotions. Bravo 😊- FACEBOOK