Hail To The Chief – A World Premiere Staged Reading

Brave New Productions invites you to the world premiere of Tim Boland’s darkly comedic new play for one weekend only this spring. 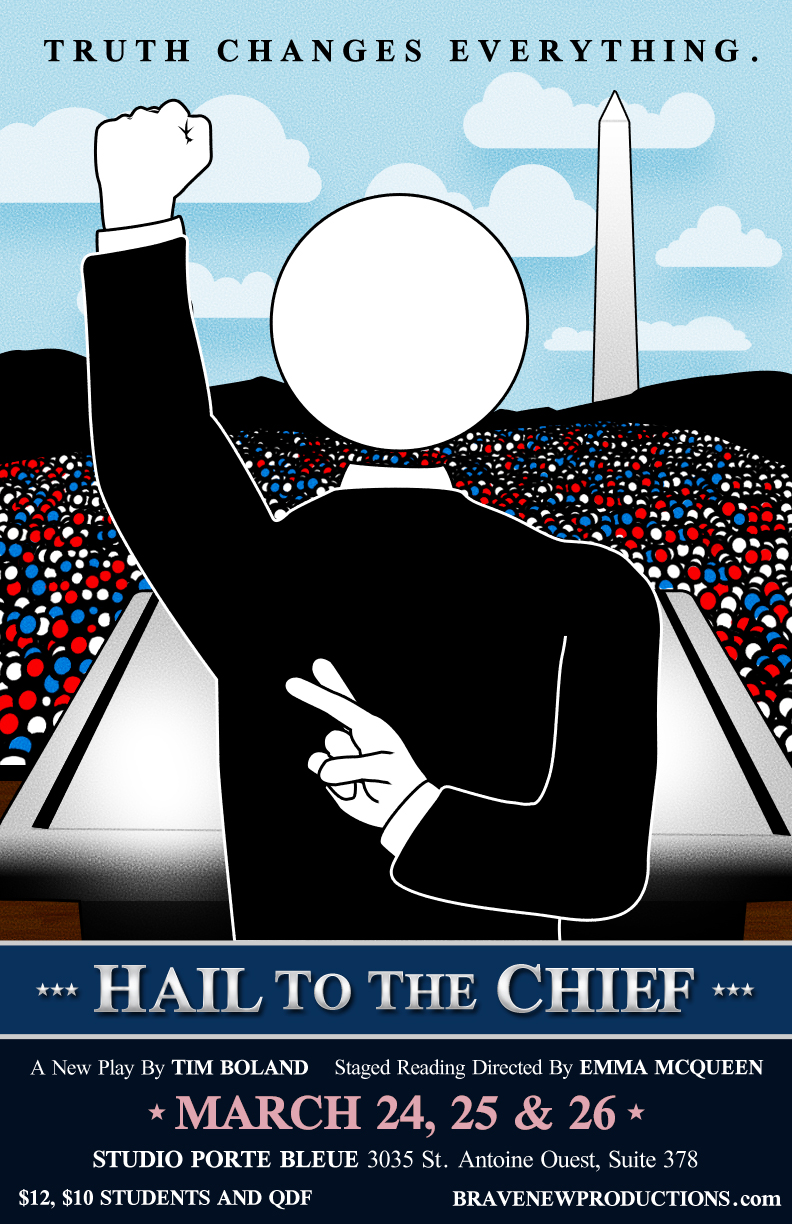 The president has a secret – one he’s kept all his life – and the news is about to break.
U. S. President Bill Barber’s public and private personas are colliding, and he can no longer stand to hide who he truly is. He wants to come clean to the American people, but when? And how? His staff can’t agree whether the revelation will be a threat to national security, or simply an innocuous tabloid headline. It looks like he’s going to have to go rogue on this one…
How much honesty does a leader owe its public? How much privacy does a public owe its leader?
How do we stand up for truth, even when it’s difficult or dangerous to express?
This explosive new script will be presented as a staged reading, followed by a discussion with the cast about issues the play raises regarding sexual identity, morality, and truth in politics.
Tickets:
Available at the door – $12 regular, $10 QDF/Students
Showtimes:
March 24th at 8pm
March 25th at 8pm
March 26th at 2pm.
Donald Rees2017-03-02T20:47:40-05:00March 2nd, 2017|Announcements, Performances|